How to use CLion with our software

Setting up CLion to work with our software is really the same as using CLion with a 'Makefile' project. By default, CLion uses CMake to to figure out which files are part of a program or library. The problem for our software, and any software that does not use CMake, is that most of the benefit(s) of CLion (or any IDE) depend on knowing all the files that are used to build a program or library.

This page shows how to set up CLion with software that uses make and/or autotools.

1 The whole server or just parts

First, you need to decide if you want to work with all of the C++ code as one 'project' or use a separate project for each of 'hyrax-dependencies,' 'libdap4,' and 'bes.' In practice, you choose one way and then switch without paying too great a penalty.

For the rest of this HowTo, I'll assume you have done the following:

2 Open a directory that contains code

When you start CLion, you will see a dialog box

Use this dialog to choose which directories to scan. CLion will scan the selected directories. looking for code to be compiled and also, in the lower panel, for headers to be included. In the later case, code all the dirs with headers you want to be found. For Hyrax, that means the $prefix/build/deps/include and $prefix/build/include directories. The end result will take a few seconds to load and will show messages at the bottom of the screen regarding various scanning and indexing operations. Once this process completes, you should get a CMakeLists.txt file that is pretty comprehensive (AFAIK, this cannot be used to build code without some additions, but it serves as a database for CLion. It may be that we need to add some extra directories to it for things like the libxml2 and curl headers). Regardless of my parenthetical comments, you should see something like this:

Drive around in the source panel and open some code. It should look 'good' in the sense that there are not many false positive error flags.

2.1 A second way to make the database

The CMakeLists file is one of two 'databases' you can make for CLion to describe the contents of a C++ project - the other is a compiledb json file. This is built from a python tool called compiledb. But there's a trick. In the simplest use, this tool is used like this compiledb -n make. But this alone probably won't work. Unless the directory is clean (i.e., make clean) make won't build anything and compiledb won't put anything in the database. Second, command line arguments to make seem to confuse compiledb. However, it will work to pipe the output of make into compiledb, like this make check -j18 | compiledb -p.

I'm not sure if this is useful or if editing the CMakeLists.txt file will be sufficient for our needs.

There are several ways to run builds from within CLion. Here's an overview:

You know how to run make in a terminal... Here's what the terminal looks like. This shows that, for hyrax, you need to source the spath.sh file. 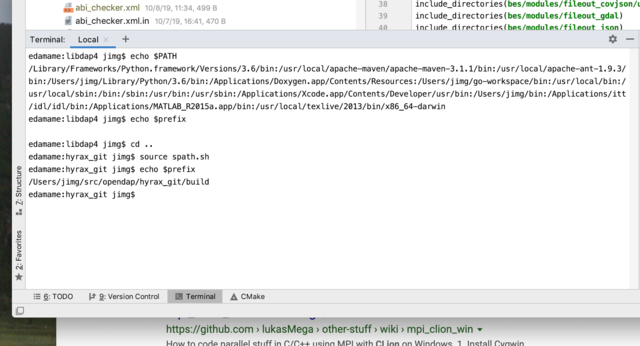 This is tricky because you have to do two steps here, one is to set up a Custom Build Target and the second is to set up a Custom Build Application. The Target is needed for the Application to be valid, and for things like the BES, the Target also works to build the code. But, for libdap, the Target will only build the code if bison 3.x is installed in a directory on your default PATH. If not, then the Target described here won't work (but is still required as a placeholder). The general rule is that the Target only works with all of the tools needed for the build are on the PATH that is used when the OS starts CLion.

Here's what to do. Open the Edit Configurations... dialog using the Run menu (there is also an option to open this from the Run menu's Run... item). 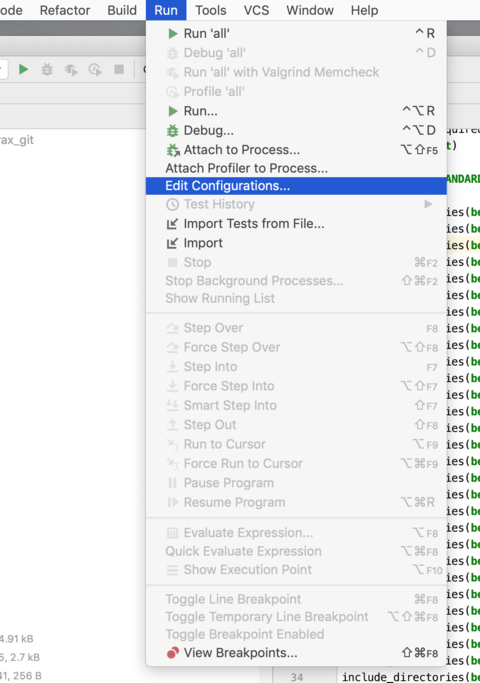 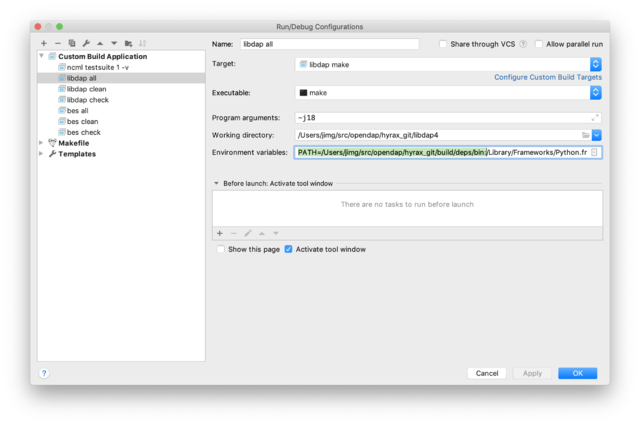 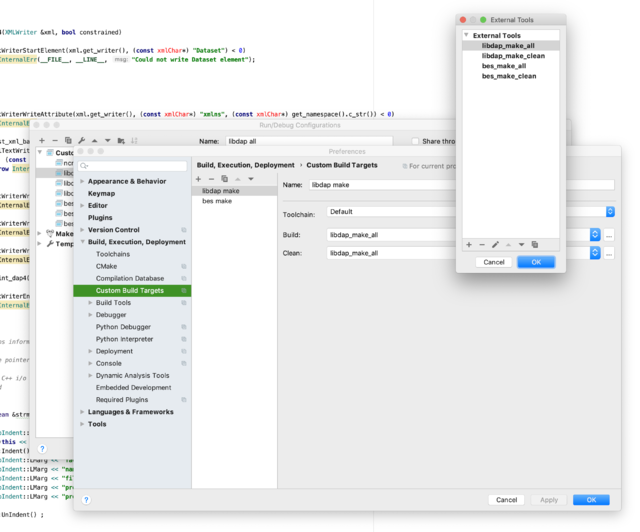